“Fear, despair, helplessness and impending madness is painted in the young man’s face while he is thrown around between borders and counters in total uncertainty.”
PHILM.DK 6******

Synopsis:
Wasiullah came to Denmark when he was 15 – arriving alone from Afghanistan. Although he has nightmares of his uncle trying to kill him he has found safety and friends in Denmark. He is in some ways like any other teenager; he cracks jokes, sing rap songs and flirt with girls. But his application for asylum is rejected and when he turns 18 he disappears from the asylum centre as he is about to be sent back to Afghanistan.

Living illegally in Copenhagen he decides to leave for Italy hoping to obtain a residence permit that will allow him to return to the Denmark he considers his home. But life in Italy is far from what Wasi has expected. Living on the streets and finding shelter in abandoned houses while longing for Denmark takes its toll on Wasi – and one day the director receives a disturbing phone call…

The director Michael Graversen has followed the young Wasi over many years. The close relationship between them has given Graversen a unique access to Wasi’s life underground in Europe. F 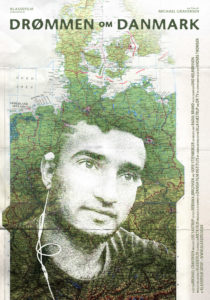 or Wasi, the dream of one day returning to his friends and a safe future in Denmark has become the driving force for his survival. He struggles to maintain life as a normal young man, but it is not easy waiting for a future that
never gets started. Without a home, a family and an identity, are you anyone at all?

DREAMING OF DENMARK is a tough insight into what happens to one of the many unaccompanied refugee children who disappear from the Danish asylum centres into the shady side of Europe.

Produced with the support of the Danish Film Institute by Ulla Hæstrup and DR1 by Anders Thomsen.

My favorite was Michael Graversen’s Dreaming of Denmark, which directly puts you in the shoes of an Afghan teenager who, unable to get residency in Denmark and afraid to be deported, leaves Denmark with nothing on his back to find a new life in Italy
– Huffington Post