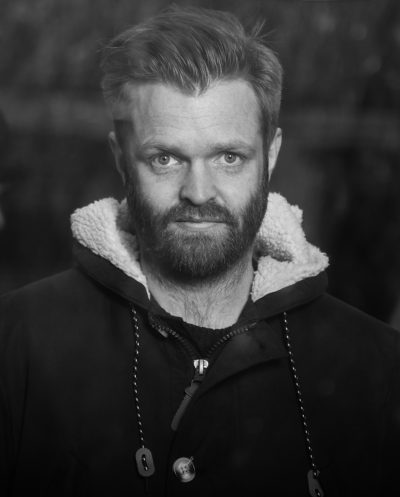 Michael graduated as a Documentary Director from the National Film and Television School in UK. He makes films with an emotional depth and found his voice within sensitive and intimate filmmaking that often deals with existential or socially relevant themes. His films have been selected for festivals such as CPH:DOX and IDFA.

In “Dreaming of Denmark” Michael follow the unaccompanied minor Afghan refugee, Wasiullah for over 3 years. His asylum claim is rejected and he disappears from the asylum centre into an illegal shadow existence in Europe while struggling to find out who he is and where he belongs. “Dreaming of Denmark” premiered at CPH:DOX where it was nominated for the F:ACT Award and was broadcast in primetime on DR1. Later it toured international festivals, tv and won the Amnesty International Award at Giffoni Int. Film Festival. It was nominated for Documentary of the Year at danish TV Prisen 2017 and was shortlisted for a One World Media Award.

Dreaming of Denmark was released at the peak of the refugee crisis in Europe and as a result Michael often participates in interviews or debates in danish media (P1 Orientering, TV2 News, Politiken, Berlingske, DR2 Debatten, Information, Radio24Syv etc.) trying to nuance the debate or public discourse of refugees or advocating for the rights of the unaccompanied minors. Also internationally when traveling to festivals he participates in international media and debate panels with the same agenda.

The predecessor to “Dreaming of Denmark” was “No Man’s Land” – a portrait of a Children’s Asylum Centre in Denmark. It was selected for IDFA and 25+ international festivals winning prizes in Theran, Hamburg and Belgrade. It received five stars from danish newspaper Politiken and was broadcast on DR2.

Michael was the first to make films about and document the lives of the unaccompanied minor refugees in Europe and as a result he received the Salaam Film Prize 2016.

Previous films include more existential themes such as “The Last Night Shift” about volunteers keeping dying people company earning Michael a nomination for the Liv&Død Prisen and the experimental “An Anxious Mind” that a.o. was selected for Australian International Experimental Film Festival and was based on Michaels experiences of having cancer as a child. Something he also explored in op-ed pieces and in the radio programme Mikrofonholder at Radio24Syv.

Besides his MA in Directing Documentary from NFTS and Royal College of Arts Michael also holds a BA in Film, Media and Psychology from Copenhagen University and has worked at the national broadcaster DR in Denmark. His first documentary was “Toxic Ground” (2006) about pollution in his hometown, Grindsted. “Toxic Ground” aired on DR2 and was selected for CPH:DOX. After the premiere there was a heavy debate and a town meeting was held and a bill for Parliament was presented.